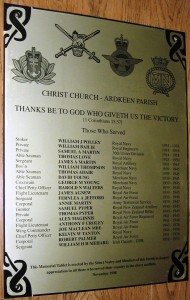 THANKS BE TO GOD WHO GIVETH US THE VICTORY 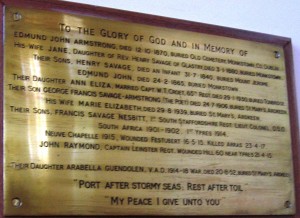 TO THE GLORY OF GOD AND IN MEMORY OF

MY PEACE I GIVE UNTO YOU