Casualties with North Down/Ards connections are highlighted in red 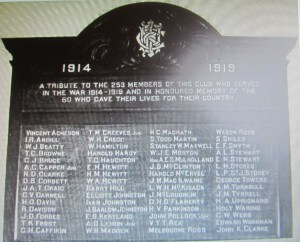 A TRIBUTE TO THE 253 MEMBERS OF THIS CLUB WHO SERVED

60 WHO GAVE THEIR LIVES FOR THEIR COUNTRY