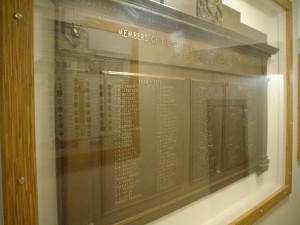 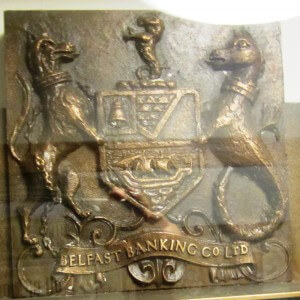 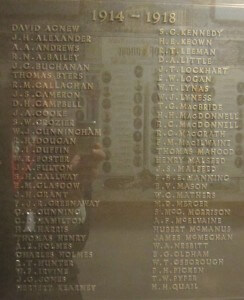 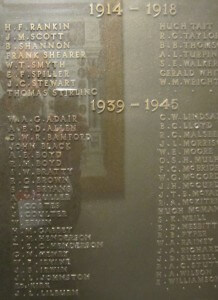 MEMBERS OF THE STAFF WHO SERVED IN 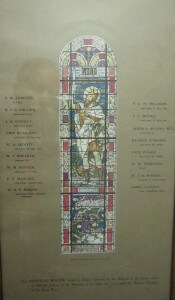 BY THE OFFICIALS OF THE BELFAST BANK

IN HALLOWED MEMORY OF THE MEMBERS OF THE STAFF

WHO HAVE MADE THE SUPREME SACRIFICE

IN THE GREAT WAR 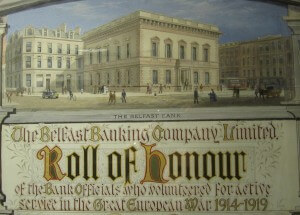 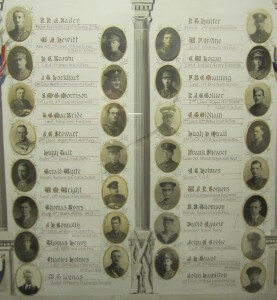 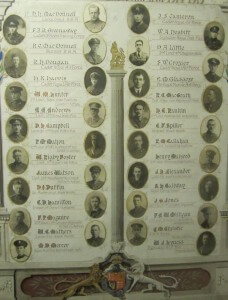 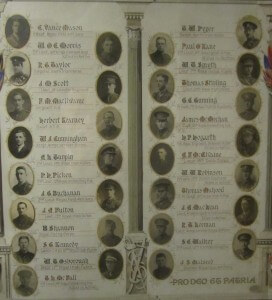 OF THE BANK OFFICIALS WHO VOLUNTEERED FOR ACTIVE