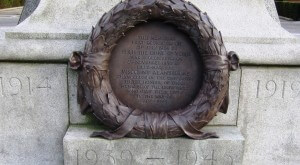 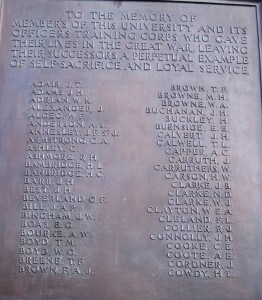 TO THE MEMORY OF
MEMBERS OF THIS UNIVERSITY AND ITS
OFFICERS TRAINING CORPS WHO GAVE
THEIR LIVES IN THE GREAT WAR, LEAVING
THEIR SUCCESSORS A PERPETUAL EXAMPLE
OF SELF-SACRIFICE AND LOYAL SERVICE 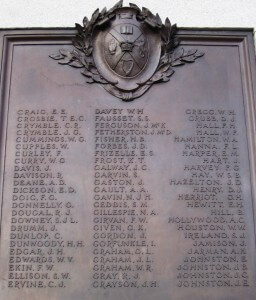 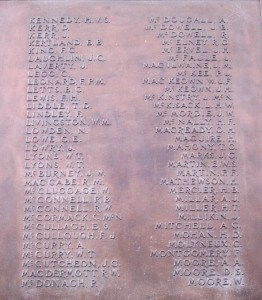 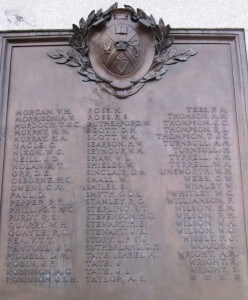 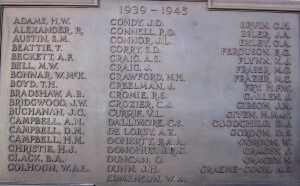 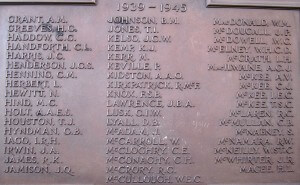 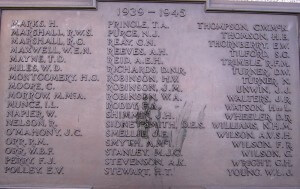 BOOK OF REMEMBRANCE
The University has a Book of Remembrance which records the names of members of Queen’s University and its Officers’ Training Corps and Air Squadron who died on active service during the First and Second World Wars.

It contains the following information about the casualties and is accessible on-line:
Surname;Forenames;Military Honours;Regiment;Association with QUB;Date of Death